Transgender Through the Eyes of a Mother

Recently I had a phone conversation with Noel Langland, who resides in Colorado. Noel is the mother of three. About 2 months ago her 13- year-old son Terrence came to her and said, "Mom, I feel that I am female and transgender." Noel was shocked and explained to her son that she loved him no matter what and would support his transition. Noel said later she cried, not because her son expressed that he felt like he was a girl rather than a boy, but that apparently he had been dressing in girl's clothing at school without telling her. Noel has always expressed to her children that they could tell her anything and be honest.

Since that day they had this life changing conversation, Noel has been educating herself by visiting with The Gender Indentity Center of Colorado and researching online to make sure that she can help assist her son with his transition from male to female. They have picked out names that her son feels good about and resonates with. During my interview with Noel, she said that her son Terrence had chosen Victoria as her name, but since our conversation has decided that the name Lucy best fits her. During our phone conversation I said I would now like to refer to your son Terrence as your daughter if that is okay with you. Noel said, "Yes, let's do that."

There has been a mix of emotions within Noel's family. Some have been very supportive, saying, "It's about time. We knew that!" and others are not accepting this transition very well due to religious and society-held beliefs. Noel's other daughter (Lucy's older sister) has been very supportive and is fully embracing her transition.

Apparently Lucy's school is supportive as well and Lucy is finally able to be herself and recently went shopping with her girlfriends. Noel says Lucy meets with a school counselor to see how she is doing and make sure that no bullying is occuring.

Noel explains that this is a journey and that being open is crucial. She said educating others is so important to embrace all walks of life.

Noel is proud of Lucy for being so brave and having courage to truly be herself.

On a personal note, I would like to congratulate Noel for being such an amazing mother and Lucy for speaking up and following her heart.

Take a Stand in your Relationships 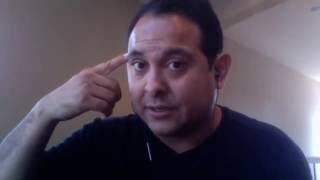 Don Miguel Ruiz Jr. - The Mastery of Self 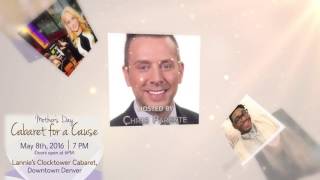 Courage Said I Can

Transgender Through the Eyes of a Mother

Take a Stand in your Relationships